The Norwich Cycling Campaign exists to encourage and support the improvement of cycling facilities in Norwich. The group was formed in 1990 and is affiliated to the National Cycling Campaign Network.

This group doesn't have any public threads 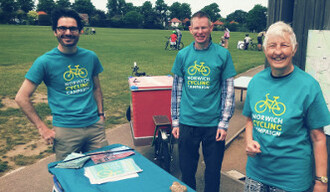